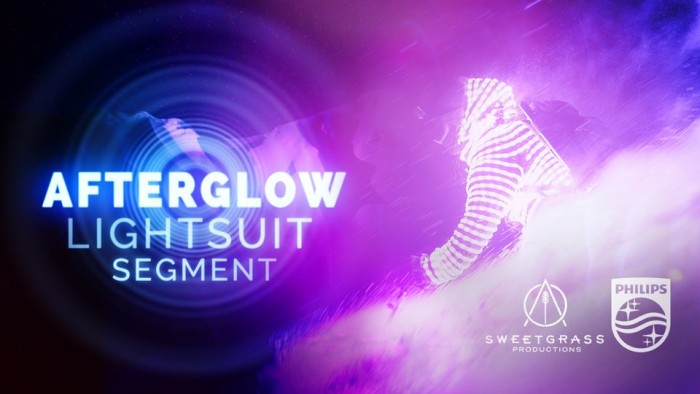 From the depth of the creative visuals to the groundbreaking, never-been-done-before scale of the shoot, Afterglow is being hailed as one of the most cinematically profound ski movies ever made.

Deep pillows and Alaskan spines, all filmed at night, with massive lights, custom made LED suits, and a national governments worth of logistics, planning, and civil engineering.
Filmed as a partnership between Sweetgrass Productions, Philips TV, and the Swedish Agency Ahlstrand & Wållgren, it’s two parts creativity, one part branded content, and a pinch of masochism for good measure. Overall, it’s an incredibly unique partnership between their vision of skiing and the color and light technology behind the Philips Ambilight TV.