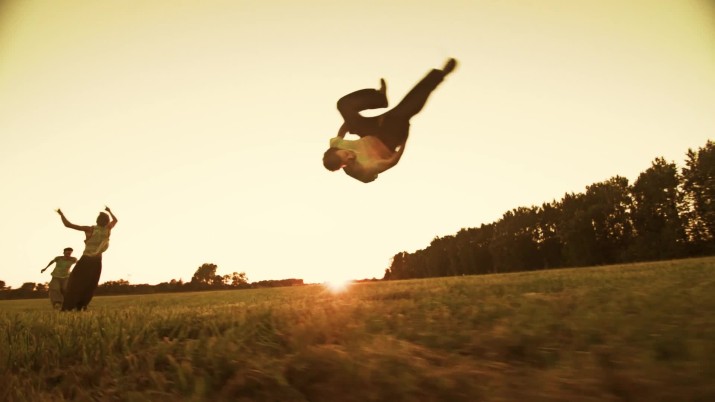 Frank Sauer just released « Holi Shit » who takes a team of freerunners, geared up with a bunch of “toys” which were as great to play with as they are to watch in slow motion and follows their adventures through the abandoned suburbs of Berlin.

During their three days journey, the freerunners and camera crew got lost more than once on the endless highways outside of Berlin Brandenburg. They also realized that the most interesting abandoned places are not only well concealed, but are well guarded by security and police. Ignoring those signs of warning the next days were packed with thrilling moments of spectacular runs and tricks but also, getting chased by ghost hunters at midnight, and getting arrested by the police while shooting a drone shot with smoke grenades on top of the tallest building in the area. Obviously not a good idea!