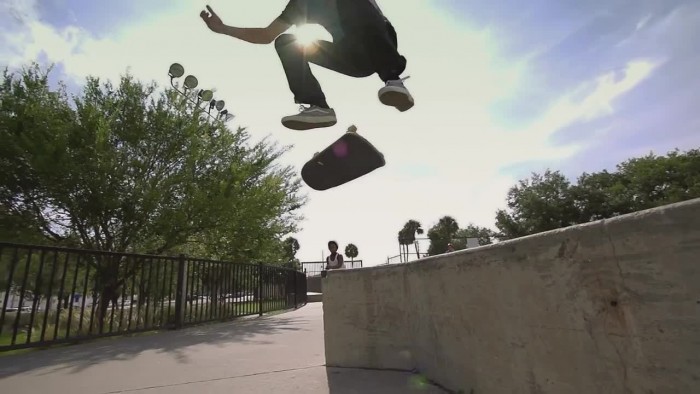 Super Slow Motion Skateboarding – In A Flash by No Anchor

No Anchor is a collective of artists, producers, athletes, and visionaries all coming together to share their aspirations and accomplishments with the world. No Anchor is not only a community, but a lifestyle. Their mission is to find the most dynamic individuals in separate industries ranging between music, visual arts, sports and to bring them to one place to share with the world.

Skateboard tricks happen so fast that it is hard to appreciate the beauty of the movement. So No Anchor rented a Sony FS700 and made a super slow motion skateboarding video. They filmed the video at Orlando Skate Park (OSP) in Orlando Florida.

Super Slow Motion Skateboarding – In A Flash by No Anchor was shot using a Sony FS700, Canon 10-22mm 3.5-4 and 50mm 2.5, Tiffen variable ND filter and a metabones lens adapter